I remember when I met Brian, when he had long hair and tie-dyed shirts and listened to clown rap. I remember those days vividly. How did I ever know he would mature into an amazing guy who ended up marrying an equally amazing woman. Brian has been one of my closest friends since freshman year of college. He was my roommate, and the best man at our wedding last year. Seriously… was that really last year??

Anyways, I remember meeting Erin at Subway for lunch. We’d been friends forever on MySpace and decided to meet in person. As soon as I met her I knew instantly she had to meet Brian. After some coaxing on both sides and a little match making fairy dust I got those two dating and they’ve been together ever since, longer than Cathy and I, would you believe it?? As I stood up there at the front on Sunday watching everyone around me get all teary-eyed, myself included, I came to the realization that I’ve watched my friend grow into the man he’s become. Brian is like a brother to me, he’s family, my BFF, and I was so honored to be a part of his day.

So why wasn’t I shooting it? We’ve had a couple people ask us why we didn’t shoot their wedding. Simply put, Brian and Erin wanted us to enjoy ourselves at their wedding. Don’t get me wrong I LOOOOVE my job, but it is a job, and we work ourselves silly when we do. Brian and Erin knew this, and wanted us to be able to kick back, dance, and have drinks. So they had us help them find the right person for the job. After searching I found ten of my favorites and sent them her way. Vantage Pictures happened to be the one they chose and they did such an awesome job and were super-professional, even putting up with my endless jabbering. 🙂

It was nice to dance without feeling guilty. 😀

While at the wedding we also met Eric (Brian’s best man) and Elena (Eric’s russian girlfriend). They are now our new best friends and I KNOW we’ll totally be seeing a lot of them. We’ve already decided on a couple get togethers. It’s weird how things work out like that. 🙂

As soon Vantage Pictures gets their photos up of the wedding day I’ll be dropping a link!!! It’ll be so cool to see their perspective on the day!! 😀 Here’s hoping we can get a wedding out in New York (hint hint people!!) so we can hit them up for lunch. 🙂

Anyways, on with the photos!

Yes folks. I did Brian’s hair, and rocked it. 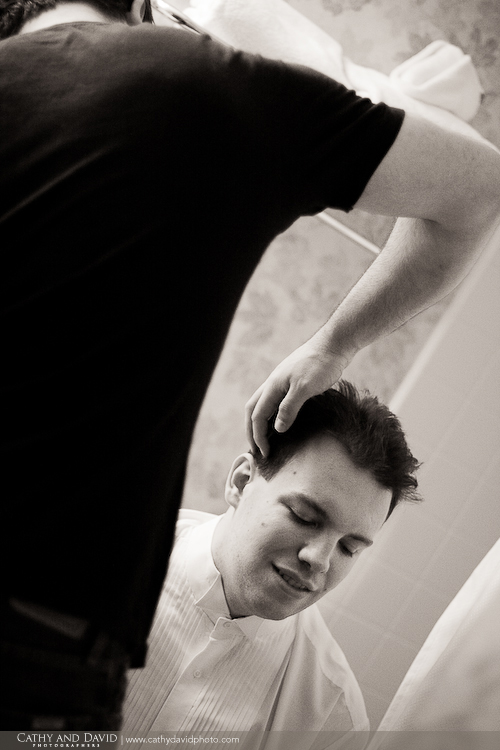 Cathy LOVES this photo she got of Mikey. 😀 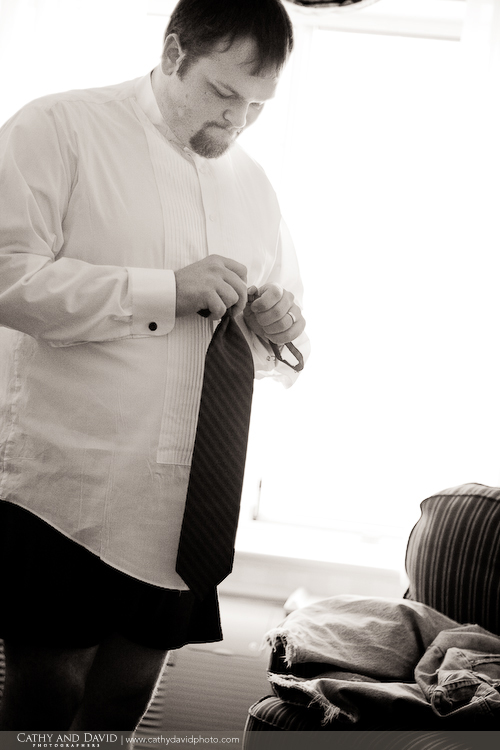 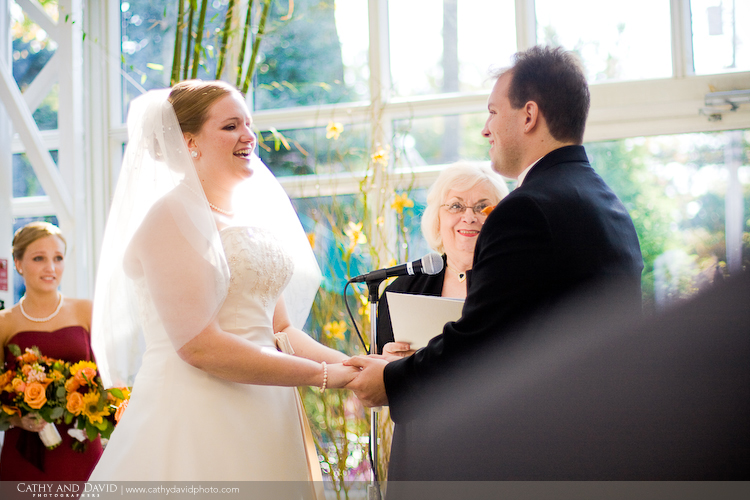 Chelsea, Erin’s sister, just lost it during the wedding, which did a number on me. LOL.

This is Elena and Eric, our new buddies! 😀 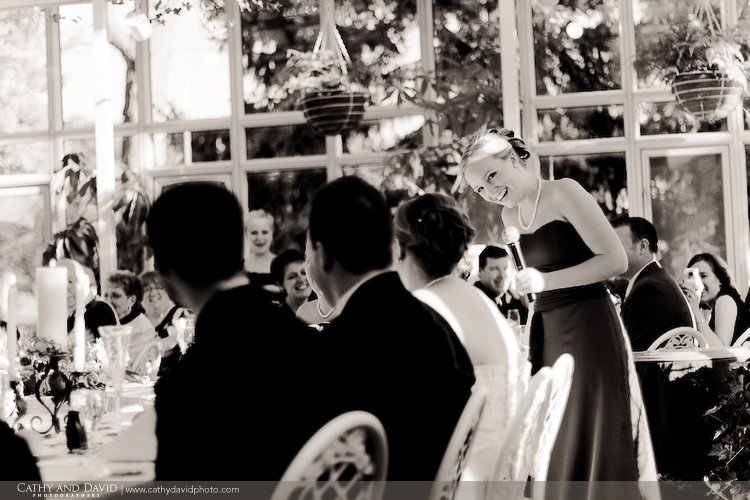 College buddies of mine, Tuan and Sheri who were also there! 😀

Only the best picture of me, EVER. 🙂 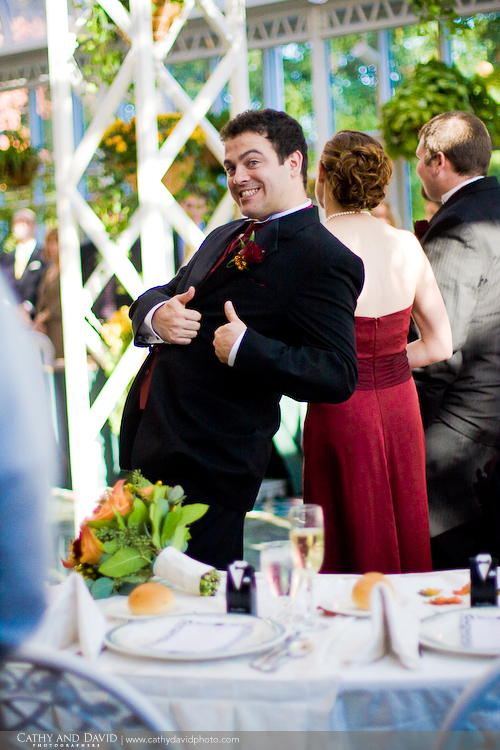 And the most adorable picture of my amazing wife, EVER. 😀 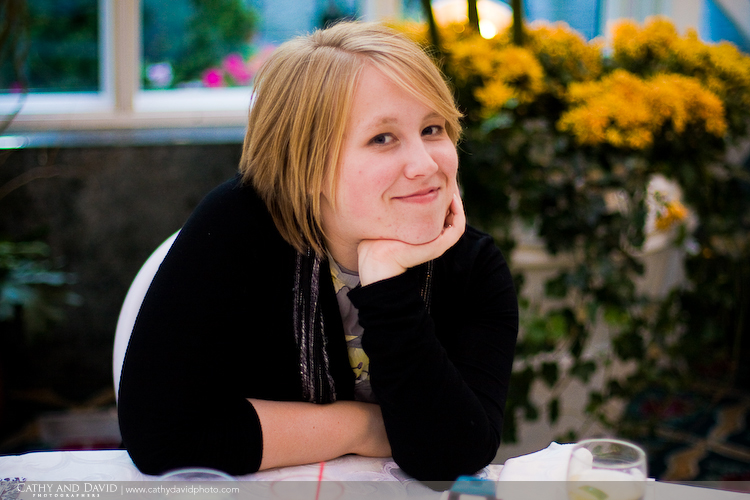 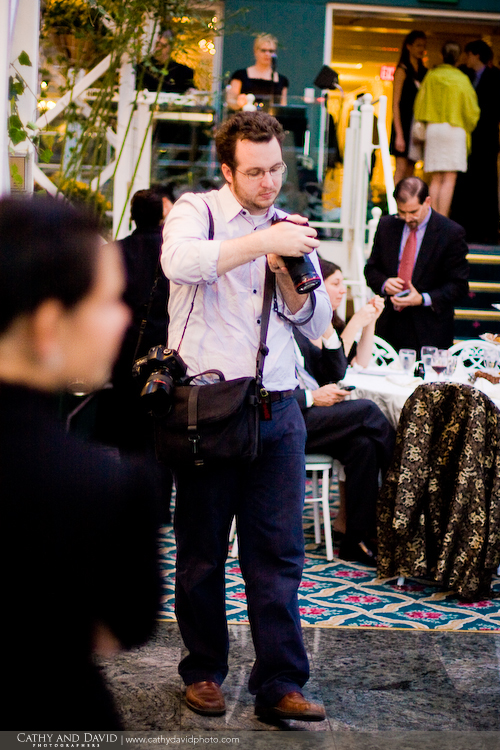 I gave Mikey a basic lesson of how to use our camera. NICE JOB MIKEY! 🙂 I’m so proud! 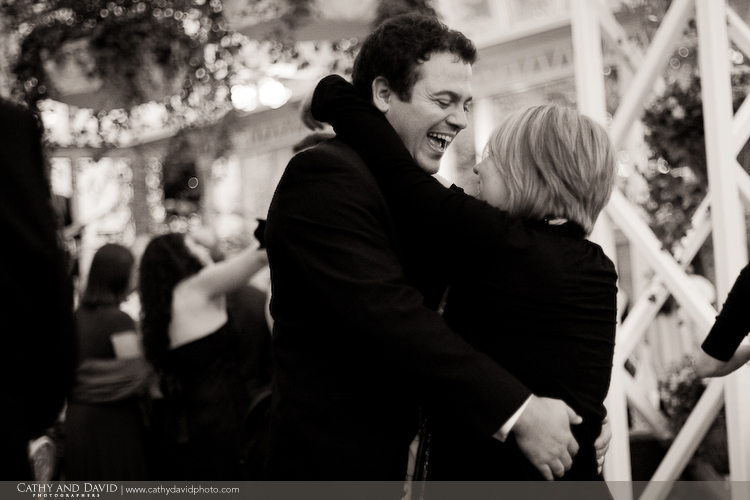 Anyways.. a good time was had by all. The wedding reminded me so much of our wedding.. most of the groomsmen were the same and now we’re all married. I feel so old now. Eesh. Though I’m so sad it’s all over, and we’re back here in Indiana, I’m glad I have the memories of that day.

Thanks for reading. -David.